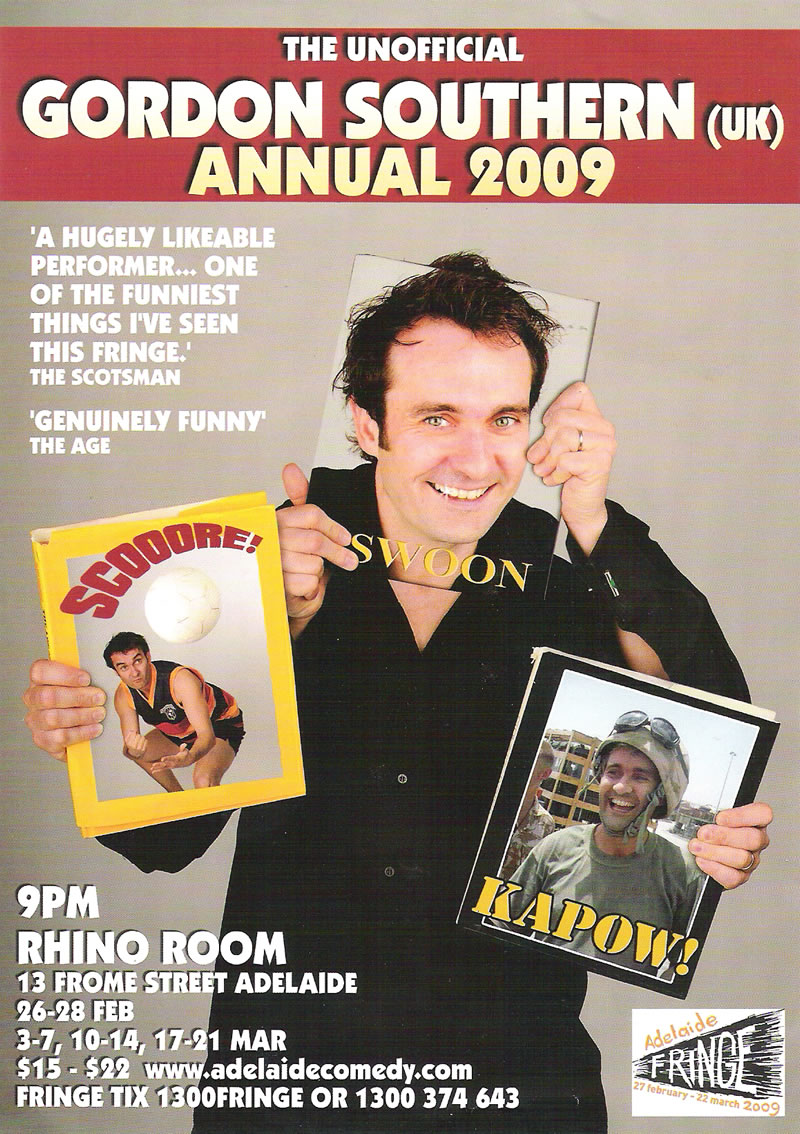 A scrapbook of stories and jokes to treasure and keep – after a successful run in Australia earlier in the year, Gordon took the show to the Edinburgh Fringe as part of the Five Pound Fringe.

Voted one of the top ten comedy shows to see at the fringe 2009 by The Independent, here’s some press quotes for the Unofficial Annual:

“one of the best in the business… A quick wit and onstage vibrancy… Be prepared for more than a few good laughs.” DB magazine, Adelaide

“So charming you want to take him home to mother immediately!” The Age, Melbourne

“Clever, observant and high on the laughs.” Beat Magazine, Melbourne

“The material is sparklingly original- often breaking genre conventions for a splash in the shallows of literary criticism and poetic philosophy- well structured, energetically performed and peppered with lacerating little one liners and funny jingles.” – 3Weeks – August 2009